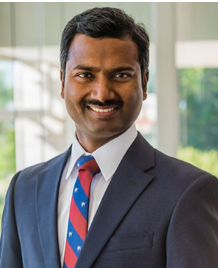 Dr. Satya Achanta is an Assistant Professor in the department of anesthesiology at Duke University School of Medicine. After obtaining his veterinary degree from India in 2005, he worked in a mixed animal practice with the State Government. Then he moved to the United States to pursue graduate studies. He received his doctorate in Veterinary Biomedical Sciences in 2012 from the Center for Veterinary Health Sciences, Oklahoma State University. Before moving to Duke University, he worked as a lecturer and postdoctoral research associate at Yale University School of Medicine from 2012 to 2014. He has been working on projects to develop medical countermeasures against chemical threat agents-induced skin and lung injuries. He is particularly interested in developing translational large animal models of cardio-pulmonary diseases and test/develop mechanism-based therapeutics. He is currently licensed to practice veterinary medicine in North Carolina. He is also board certified by the American Board of Toxicology. Dr. Achanta authored/co-authored 17 peer-reviewed articles. He has been a member of the SOT and CVSS since 2013. He served as the postdoctoral representative of CVSS for three consecutive years (2015–2018) and as VP-Elect (2019–2020) for CVSS. Dr. Achanta also serves as Web Director for Terrorism and Inhalation Disaster Section of American Thoracic Society. 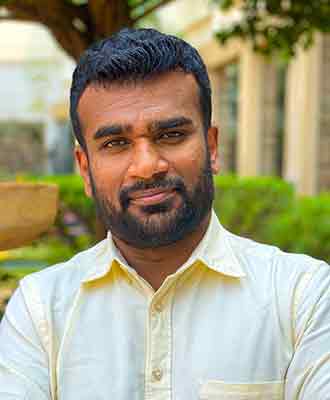 Dr. Palanisamy is a broad-based nonclinical drug development professional with a 10-year experience working in the pharmaceutical/biotechnology industry and academia as a toxicologist and a board-certified pathologist. Industry experience includes roles at Theravance Biopharma, Genentech and Pfizer. Led Phase 1 and Phase 3 cross-functional nonclinical development teams. Authored multiple regulatory documents including IND/CTAs and IBs with FDA, MHRA, EMEA. Collaborative research experience as a pathologist working with scientists at Memorial Sloan-Kettering Cancer Center. Received pathology residency training and PhD in microbiology/pathology from Colorado State University. Received a Master’s in reproductive endocrinology from University of Illinois at Urbana-Champaign and a doctorate in veterinary medicine from Tamilnadu Veterinary and Animal Sciences University, India. Been a member of SOT since 2014. 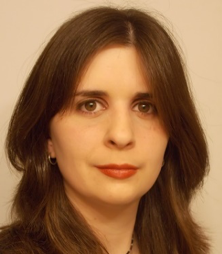 Dr. Katharine Horzmann is an Assistant Professor of Pathology at the Auburn University College of Veterinary Medicine, where she is active in the teaching, diagnostic, and research missions of the College. Her research focus is on determining the effects of developmental exposure to common drinking water contaminants by using the zebrafish biomedical model. Interests include developmental toxicity of chemical mixtures, the developmental origins of health and disease, and zebrafish behavior.

Dr. Horzmann has been a member of SOT since 2015 and is a former receipent of the Roger O. McCellan Student Award and the Toshio Narahashi Neurotoxicology Fellowship Award. She has served as the Graduate Student Represenative of the Ohio Valley Regional Chapter (2018–2019), as Councilor of the Toxicologic and Exploratory Pathology Specality Section (2019–2020), and continues to serve as a Councilor in the Comparative Toxicology, Pathology, and Veterinary Specialty Section. She is also involved in the American College of Veterinary Pathologists and in the Society of Toxicologic Pathology.

Outside of the lab, she enjoys sport fencing, hiking, and spending time outdoors. 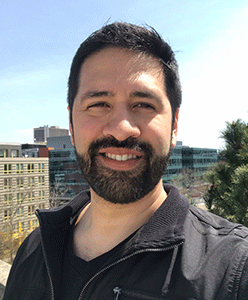 Mr. Magee is a Scientist in the Preclinical Safety Department at Biogen in Cambridge, MA. He received his BA in Biology/Biotechnology from Assumption College. He has been working in R&D drug development for 20+ years in both CRO and biopharma industry with experience advancing preclinical safety programs and preparing regulatory submissions assessing the safety and efficacy of small molecules, monoclonal antibodies, enzyme replacement therapies, antisense oligonucleotides, and medical devices. He has been a full member of Society of Toxicology since 2009. 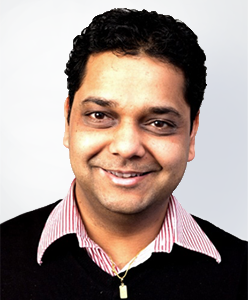 Past President and Councilor

Dr. Bhanu Singh is currently working as Senior Director, Pathology, at Gilead Sciences. Dr. Singh is a board certified veterinary anatomic pathologist (DACVP) and toxicologist (DABT) and is also a Fellow of International Academy of Toxicologic Pathology (IATP). He has over twelve years of industry experience, most recently as Scientific Director, Pathology at Janssen Pharmaceuticals supporting discovery and nonclinical safety of Oncology and Cardiovascular & Metabolic Diseases programs. Dr. Singh has a strong scientific interest in drug discovery, molecular pathology, liver toxicity, development of animal models of human diseases, and chemical carcinogenesis. He has authored over 20 peer-reviewed publications, five book chapters, and 80+ regulatory and research pathology reports and delivered more than 70 presentations in various scientific meetings. Dr. Singh has been actively involved in professional activities for various societies of toxicology and pathology, such as Chair for the STP education course committee, Associate Editor for Drug and Chemical Toxicology, Chair for the IFSTP-IATP webinar committee, and Chair for Dog INHAND committee.

Dr. Singh completed his pathology residency training at the Royal Veterinary College, London (United Kingdom). During his residency training, he did internships and externships at Bern University (Switzerland); the University of California, Davis (United States); the Armed Force Institute of Pathology (Washington, DC); and the National Institute of Environmental Health Sciences (NIEHS). After finishing his residency, he worked at NIEHS/NTP (Research Triangle Park, North Carolina) as a Visiting Fellow in Dr. Dave Malarkey’s laboratory. He received his veterinary training at G. B. Pant University (Pantnagar, India) and a masters at Utrecht University (Netherlands). 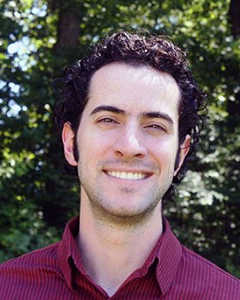 As a Scientific Director of Pathology at the West Coast site of Janssen Research & Development (Johnson & Johnson) since August 2017, Dr. Carreira supports drug discovery and development projects by providing scientific input in the design, conduct, and interpretation of experiments that focus on characterizing the safety of novel therapeutics and/or understanding mode(s) of action for toxicity in nonclinical studies. He also provides investigative guidance and scientific leadership in pathology to local drug discovery teams, identify and lead collaborative mechanistic efforts with internal, external, consortia and academic investigators.

Originally from Latin America, Dr. Carreira was born in Brazil to Portuguese parents and retains dual nationality for the two countries. Academically, he completed formal Residency Training in Veterinary Pathology at Michigan State university; he holds a DVM and a PhD in Molecular Genetics and Environmental Toxicology from the University of Cincinnati. Prior to joining Janssen R&D, he worked as a Senior Pathologist at Vet Path Services (Mason, OH), where he spent almost 5 years serving as a Study Pathologist for nonclinical safety assessment studies, and he was at MPI Research prior to that as part of his training.

Dr. Carreira is a diplomat of the American College of Veterinary Pathologists (ACVP) as well as a diplomat of the American Board of Toxicology (ABT). He is very passionate about science of toxicologic pathology, with a strong publication record in toxicologic and comparative pathology, developmental and cardiovascular toxicologic pathology, and animal models of human diseases. Among other honors and awards, Dr. Carreira is the recipient of the 2016 Barbara Jean Thompson Service Award from the Davis-Thompson Foundation, the 2013 CV/TEPSS Roger McClellan Award, the 2013 New Investigative Scholar Award from the University of Cincinnati, and the 2013 STP Young Investigator Award.

He is an engaged member of the Society of Toxicology (SOT), Society of Toxicologic Pathology (STP), American College of Veterinary Pathology (ACVP), and American College of Toxicology (ACT). Dr. Carreira volunteers as a scientific reviewer for many peer-reviewed journals, and he is a productive member in several committees in professional toxicology and toxicologic pathology organizations, within and outside North America. He is on the Board of Directors of the C.L. Davis-Thompson Foundation for the Advancement of Veterinary Pathology, where he serves as the managing editor for its newsletter, as well as the Editor-in-Chief of the Diagnostic Exercise publications for almost eight years. Dr. Carreira is avidly invested in training and career development and outreach; he is the incoming chair of the Career Development and Outreach committee of the STP. 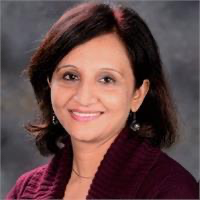 Dr. Patial is an Assistant Professor in the Department of Comparative Biomedical Sciences at the Louisiana State University, College of Veterinary Medicine. She received her DVM from the College of Veterinary and Animal Sciences, Palampur, India and her PhD from Michigan State University in 2010. Thereafter, she completed a postdoctoral fellowship at the National Institute of Environmental Health Sciences and residency in Veterinary Anatomic Pathology at Louisiana State University. She was certified by the American College of Veterinary Pathologists in 2019. She is currently mentoring three graduate students and one post-doctoral fellow and has been on Dean’s Teacher Merit Honor Roll for the last three years. Her research program is focused on determining the health effects of environmental pollutants including ozone and hepatotoxicants on lung and liver physiology. She is an author or co-author on 28 peer-reviewed publications of which one was selected as “NIEHS Paper of the Year” and another was highlighted on the journal’s cover page. Dr. Patial is an active member of SOT since 2015 besides other organizations such as STP, AAI, and ASIP. She has received several honors and awards from these organizations including abstract awards from STP (2016), AAI Early Career Investigator award (2018), and Early Career Faculty Scholar Award from ASIP (2020). She is an active member of the Phi Zeta Society and has served as a Councilor and Treasurer of the Tau Chapter of Phi Zeta since 2019. She has also chaired “career development sessions” at NIEHS (2012-2016) and has also written articles for E-factor, an online news website for NIEHS. Towards her potential role as a Councilor of CTPVSS, she is looking forward to enhancing the membership of the specialty section, proposal development on environmentally-relevant research topics, organize annual meetings, and help advocate and grow CTPVSS as an organization.

Dr. Caroline Moore is the Steel Endowed Pathology Fellow in Disease Investigations at San Diego Zoo Global. In this role, she works as a veterinary toxicology researcher providing molecular and diagnostic toxicology support. She uses toxicology, pathology, molecular diagnostics, and epidemiology to better understand how environmental contaminates such as heavy metals, pesticides, and harmful algal blooms create roadblocks to wildlife conservation, and how to prevent them. Her current research is focused on how toxicants may cause multi- and transgenerational toxicity through epigenetic mutations, and if these epimutations can be biomarkers of health in wildlife. As a dual degree student at UC Davis (supported by the Veterinary Science Training Program and EPA STAR) she received her doctorate in Pharmacology and Toxicology (PhD) in 2016 and her doctorate in Veterinary Medicine (DVM) in 2018. She has been an author on several published papers and one book chapter, ranging from developing behavioral models in Caenorhabditis elegans to investigating the chondrotoxicity of new formulations of local anesthetics in horses. Dr. Moore has been a member of SOT since 2012, served as the Neurotoxicology Specialty Section Graduate Student Representative in 2013–14, has been a peer mentor for the CDI Undergraduate Education Program for several years, and was the postdoctoral representative for CVSS in 2019–2020. She is the postdoctoral representative for the SOT Faculty United for Toxicology Undergraduate Recruitment and Education (FUTURE) Committee for 2020–2021. She is also an active member of the American College of Toxicology, promoting early career professional mentoring and career advancement. When away from work Dr. Moore likes to rock climb and find great camping sites. 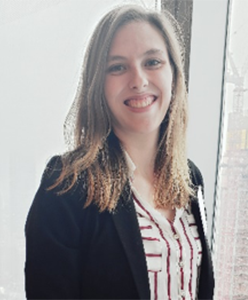 Jaclynn Andres is PhD student in the Rutgers University Joint Graduate Program in Toxicology, where she works under the guidance of Dr. Debra Laskin to evaluate inflammatory mechanisms of pulmonary injury induced by chemical toxicants. She received her Bachelor of Science in biology from University of Maryland Baltimore County in 2015. She worked as a technician at the United States Medical Research Institute of Chemical Defense developing medical countermeasures for chemical warfare agents from 2010–2016 and as a research technician for Weill Cornell Medicine in Immunology from 2016–2018. Ms. Andres has been a teaching assistant for the Ernest Mario School of Pharmacy since 2018 and served as a graduate mentor for the Rutgers Undergraduate Research Fellowship summer program in 2019 and 2020. She has been a member of SOT since 2018.